What the heck is that?
At VMworld 2010, the tradition of a the VMworld vOdgeball (dodgeball) Championship continued.  This was a dodgeball tournament between an EMC vSpecialist Team and a primarily Cisco team (with some NetApp sprinkled in).

Unfortunately I left the conference before the games, so I missed them.

Nick Weaver (@lynxbat) took some footage of the event:

Fast Forward to 2011
This year I was asked to be a part of the EMC vSpecialist Team, and I couldn’t be more thrilled.

To be honest, I’m sure I will be utterly embarrassed by my performance, but will have a blast contributing.

What is most important (More than a game) This year’s vOdgeball tournament will be accepting $5 donations.  100% of the proceeds will go to the Wounded Warrior Project.  I have a great deal of respect for this group and everything that they do for my brothers/sisters in the Armed Forces.

What we can do
I will start by saying I will do my best not to look like a complete idiot, do the best for my team, fight to win, and donate $100 to the Wounded Warrior Project.

If you are attending VMworld 2011, and come to the vOdgeball Tournament, please donate.  More info can be found here on where/when (Sunday August 28, 2011)
https://www.seeuthere.com/rsvp/invitation/invitation.asp?id=/m2c4ec-1710YNCV5FLYX

If you aren’t attending VMworld 2011, or are attending but aren’t coming to the vOdgeball Tournament and would still like to donate, click here to donate.

My thanks
I thank VMware, EMC, Juniper, NetApp, VCE, Dell, HP, and the Virtually All Girls teams for participating. 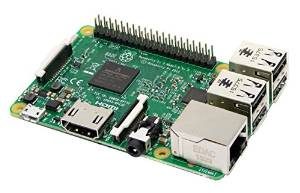